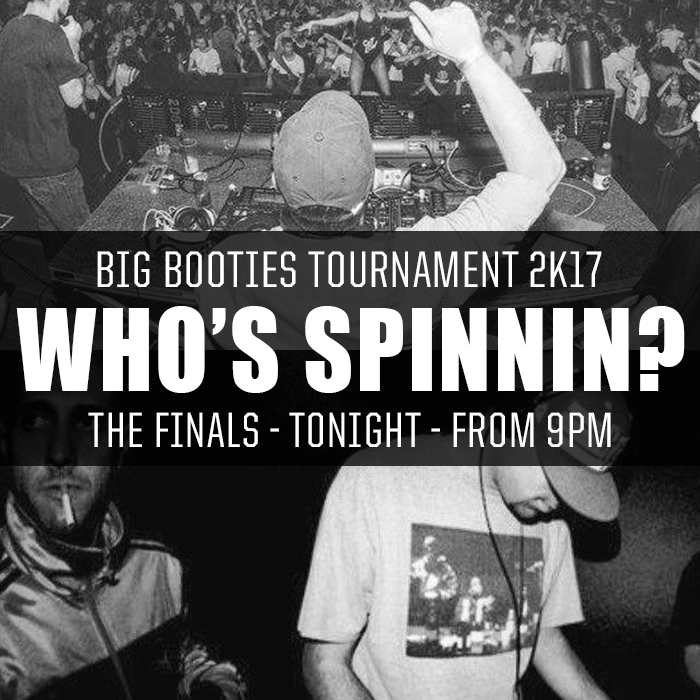 Aaaand it’s gonna be a back2back!

R3T a.k.a. “THE PREZ” a.k.a. “HALL OF FAMER” – There’s no need to spend much word for our main dog. Let’s talk only about Big Booties: 7 years in the game, leading every night at the deck since day 1, when there was only 2 speakers and a bunch of studs playing ball. Hundreds of hours of mixed shit. He raised the level of the sound offer since forever, mixing stuff live and relentlessly. Who else deserves to be there on top of The Finest if not him?

JOE CAGLIOSTRO a.k.a. “OLD SKULL FINEST” a.k.a. “ROOKIE OF THE YEAR” – He took care of the business during DAY3 last tuesday, and we saw all of you shaking your ass when he was spinnin’. He was cookin’ beats while guys from Reaper Knight Crew were spitting bars between one game and the other. He is proven guilty of bringing back the 90’s boombap on the playground all over the Bergamo area. He simply earned The Finals at the deck.

Is this enough for you to come and shake that skinny ass?