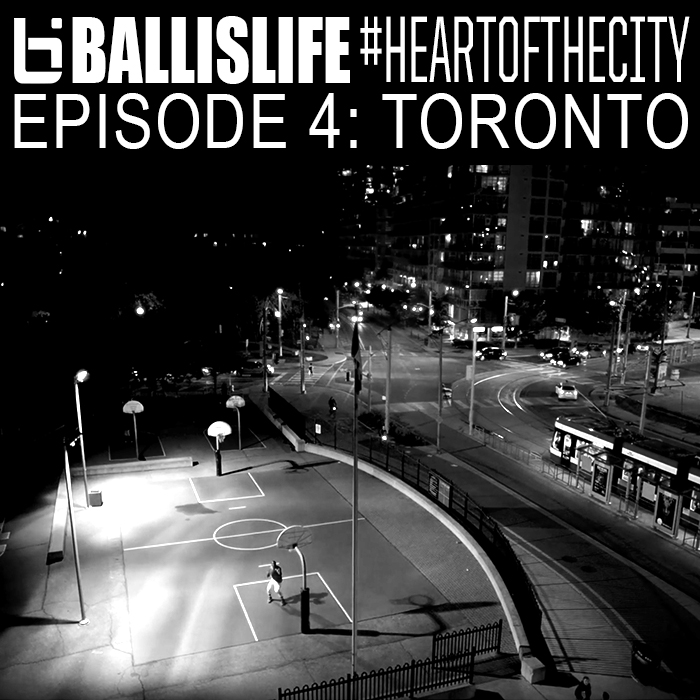 And this is it for the Ballislife X Nike “Heart Of The City” series. With the fourth and final episode, this great serie dedicated to the movement in the inner city comes to its end.

This episode focus on Toronto, Canada. Yeah i know what you might think… “Canada? Forreal?”

And the answer is still yes, Canada. Started as the underdog, Toronto is slowly earning its spot and changing the mind of those who thought that “polite canadians” weren’t that good at basketball. The movement within the city is getting bigger, along with the exposure, thanks also to the takeover of the Nike Crown League™ that, just like other well-known summertime tournaments that were covered by this Ballislife serie, gives the chance to fellow ballers to play on a competitive league where professional players are featured.

Toronto ballers feels they are getting there, Crown League helped bringing the city on the map, slowly filling the gap between canadian basketball and those renowned league out there in the States.

Bottom line: it’s been so cool to be able to witness what the movement is like in the cities, because the city itself is the fulcrum of the game, it’s where talents are shaped, and it’s a blessing to get to know the environment in which they grow and with whom they have to confront. Shoutouts to Ballislife and to this cool project of their own.