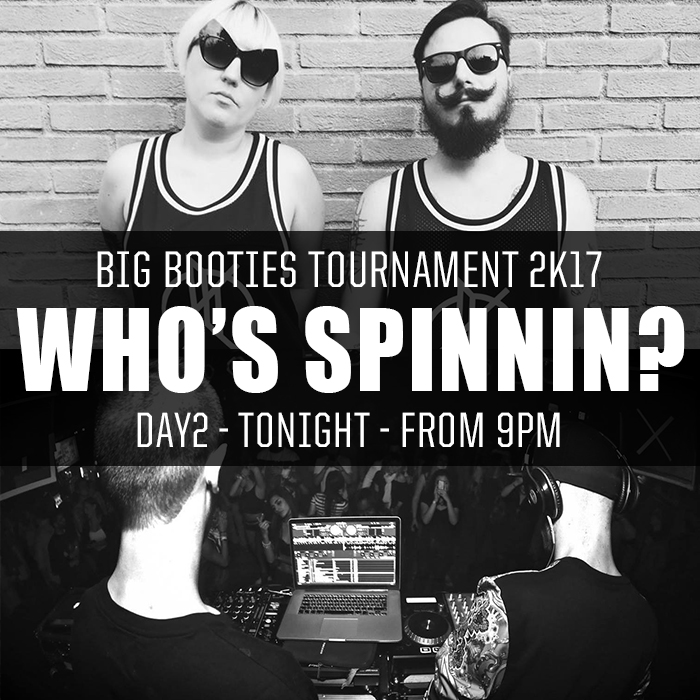 MAEKL JORDN™ – MAEKL JORDN is the brand new crazy side-project of already well known italian DJs and Producers PELUSSJE.
It’s 1992, we’re walking through the United Center in Chicago, Chicago Bulls are ready for a great match, and so is The King of all Kings. Bouncing basketballs, squeaking shoes and referee’s whistle sounds are in the air. Can you smell the thrill?
Their sound is hard to define in one word, Ghetto House, Trap, Miami Bass. Trippy, bouncy, sweaty. Having released their first two singles “Slam Dunk” and “BRKDNC” topping twice the Beatport Hip Hop Chart, they’re already proving they know what they’re doing.
Their latest release “Chingon”, a collaboration with Sonny Denja, received massive support from big names such as Diplo and Tommie Sunshine.

buMMer – buMMer brothers approached the production of electronic dance music and its related culture in 2013 after spending years on acoustic instruments; Marco is a drummer and Andrea used to play guitar and sing.
Their own signature is a dark and gritty sound in contrast with bright and energy-filled patterns inspired by today’s electronic music scene. Their influences came out straight from different artists such as Alesia, The M Machine, Deadmau5, Gesaffelstein, Rezz, Aglory. Although they’re upcoming artist, buMMer have already played gigs in great clubs such as Magazzini Generali in Milan and Webster Hall’s Bassment Saturdays in NYC.
In 2015 the single Uprising came out on the network label Brooklyn Fire – B Sides as the result of their bassy and sonic experimentation. Jaunt EP came out on Audiophile Live on May 16th 2016. Heavy synthetic Electro sounds are melted with acoustic and cinematic elements. The whole EP is characterized by an alternation of huge drops that could smash the dancefloor and ambient breakdowns.