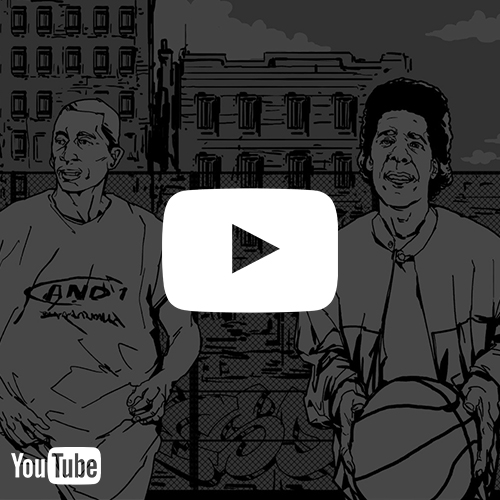 This video shows you what motivated us to create the banner you’ve seen at the playground where the Big Booties Tournament happens.

We are very proud of the collaboration we had with our two dogs in Stefano and Mattia Bonora, as we believe the initial goal has been clinched: to create something that will serve as a tribute to those guys who have been part of a movement which often stands away from the media, but at the same time, it has been crucial for the game of basketball.

We hope this will serve to extend the legacy of the streetball movement and of those who have been a giant part of it.

Just look up on the net for these guys, and find yourself why they deserved to be on it.

Without further ado, here’s the video that speaks for itself.