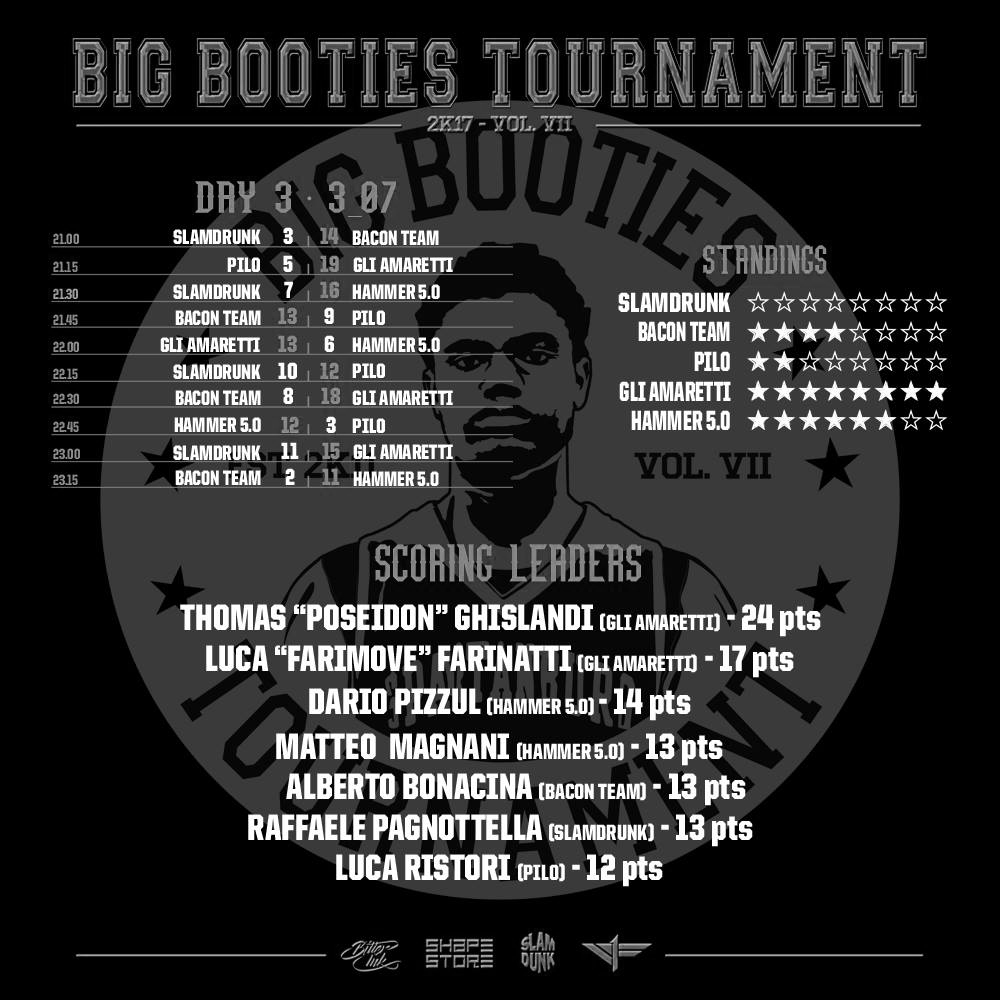 Another big round at the Finest, with some known faces of the tournament.

DAY3 played on monday, and it’s been a crazy night. Guys from team PILO came with the warpaint and raised the stamina level, but they had to face some old stars of the Big Booties Tournament like Thomas “Poseidon” Ghislandi, with his team GLI AMARETTI, or the good looking young rookies in HAMMER 5.0.

Team GLI AMARETTI led the night and finished with four wins, and a scoring differential equal to 8 points per game… SCARY. HAMMER 5.0 got three wins, showing a very dynamic and flexible game, with a lot of ball and body movements. We are gonna see the two teams at The Finals, on friday night.

As for the Scoring Title, king Poseidon replied to the haters with 24 big points, even if he fell four points short of the actual leader which is Daniele Quartieri, still leading with 28. We loved Thomas game last night, he showed aggressiveness and hunger, along with his usual dangerousness from the arc. His teammate Luca “Farimove” Farinatti settles up for the second spot of the chart, scoring 17

See ya tonight with the replay of DAY1, which is been delayed due to bad weather. Usual place and usual time!