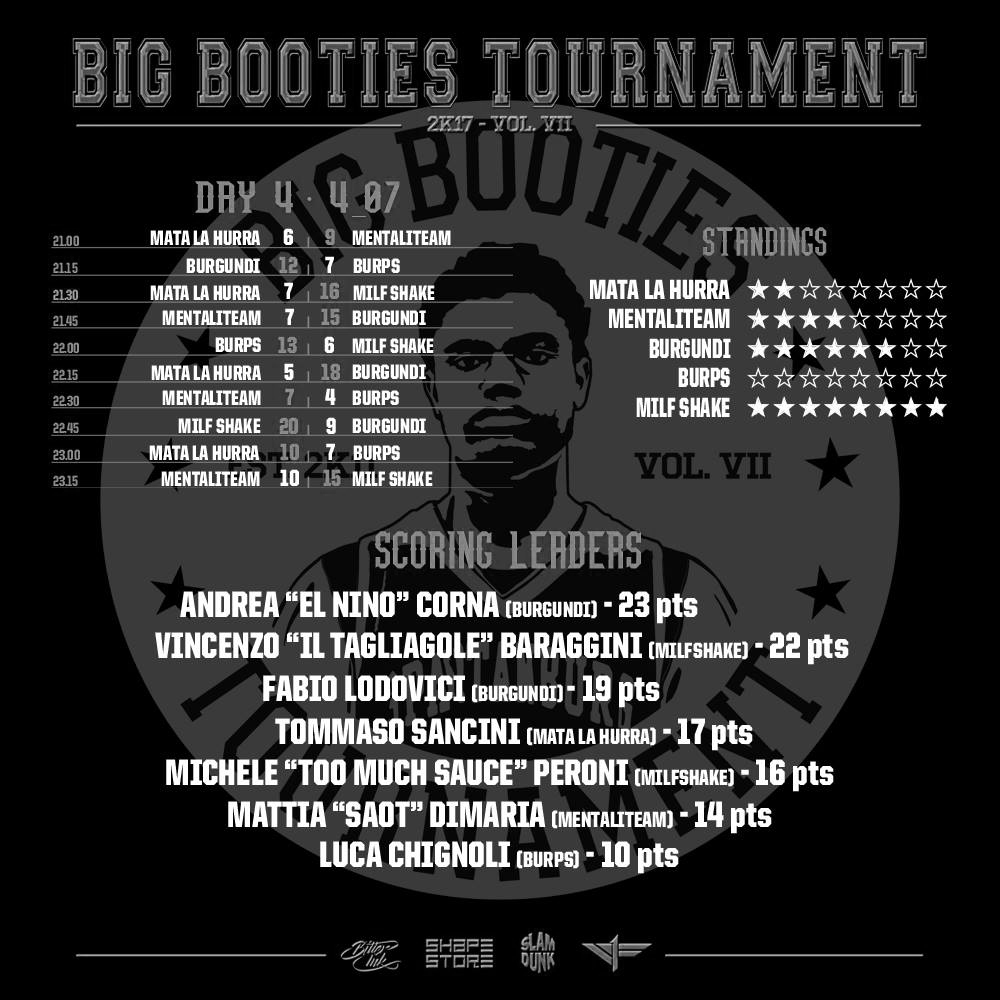 Here’s the recap of DAY4, played on tuesday night.

The slow starts of the champions put the spotlights on team BURGUNDI, that advances to the finals with the second seed. Guys played a tough, skilled and overall good brand of basketball, carried by Andrea “El Nino” Corna who finishes with 23 points (scoring leader of the night), not to mention a big two hands slam in traffic that left the crowd in complete awe. Fabio “Hard in Da Paint” Lodovici finishes the round with 19 points.

Team MENTALITEAM vets couldn’t get a ticket to the Finals then, along with team MATA LA HURRA, despite Tommy Sancini’s big night. For what concerns the scoring title, Daniele Quartieri with 28 points seems still unreachable, even considered the huge DAY4 from Cutthroat and El Nino.

We’re starting to think he needs to get ready to be inked by our sis Marcie at Bitter Ink Tattoo Studio!